Misconceptions have led many people to be divided on the topic of weed. But can you overdose on marijuana? Unfortunately, there isn’t a simple answer to this question – it’s a yes and a no.

The classic definition of overdosing is: “an excessive and dangerous dose of a drug.” So, by definition, you can have an excessive dosage of weed, but is it dangerous? That is what we will take a more in-depth look at in this article to satisfy our curiosity over whether someone can overdose on marijuana.

Why You Can’t Lethally Overdose on Marijuana

In the history of marijuana consumption, there has not been a reported toxic overdose that led to death. However, this does not mean that weed is harmless either. The over-consumption of marijuana can lead to severe sickness and side effects.

Marijuana can cause extreme anxiety or psychotic reactions. Some people have mentioned experiencing panic attacks and losing touch with reality to the point of becoming paranoid when they consume marijuana strains with a high tetrahydrocannabinol (THC) potency.

Although marijuana does not directly correlate to lethal harm, people can and do injure themselves from the side effects of marijuana. The primary culprits include impaired judgment, perception, and coordination, both mentally and physiologically. High THC levels can intoxicate the user and lead him into unsafe situations. Weed, therefore, is not life-threatening or dangerous in and of itself but, in combination with other factors, it can become lethal.

The traditional process of consuming weed is via smoking it either in a pipe, vape pens, or a joint. This method is the most common way of using pot because you are very unlikely to overdose by smoking it. However, the effects of smoking the contents of weed will generally last for only 45 minutes.

Using marijuana in the form of edibles can have much longer-lasting results, up to 6-8 hours. There is a delay with the effects, so there is a higher chance of over-consuming edible pot, such as cookies and brownies than if you were to smoke it.

This new form of ingesting marijuana involves highly concentrated levels of THC. It contains 40-80% THC, compared to top-quality marijuana, which has about 20% THC. This concentration is 4 times more potent than medical-grade marijuana. Some of these CBD concentrate dab oils are also known as earwax, budder, shatter, butane honey oil (BHO), and honey oil.

“Greening Out”: A Temporary Overdose of Marijuana

Overconsumption may cause a phenomenon called “greening out.”(1) This is a state where you temporarily experience the physical and mental effects of overdosing on marijuana. You may experience the following:

Short-term, Physical Symptoms of Greening Out

As edibles take longer for the THC to reach your cannabinoid receptors, many users have reported to ingesting more than if they were to smoke cannabis. While the physical impact of overdosing on marijuana (2) can last anywhere between 30 minutes to an hour, the potential for “greening out” is higher when overdosing on edibles – it can last up to 2-6 hours. There have been instances where, although rare, the effects can go upwards to 10 hours. Here are some of the physical attributes of overdosing on weed:

Short-term, Mental Symptoms of Greening Out

Marijuana on its own is not fatal to the user if an overdose occurs, but it is a psychoactive drug that becomes more potent when mixed with other drugs. It intensifies the effects of different drugs, which can yield hazardous results and increase the risk of death. Also, consider where your marijuana is from. Street purchases are very risky because they can be laced with other drugs, such as crack, cocaine, and PCP. The risk of an overdose is much higher when you mix marijuana with other drugs.

Everyone has a different tolerance for cannabis. For some, greening out can occur more efficiently than the next user. The best prevention of greening out is to know your limits and to not get pressured into consuming more marijuana than you can handle.

Your body weight does not make a difference in how tolerant you are of marijuana. However, making sure that you have a proper meal, as well as staying hydrated, will decrease your chances of greening out. Just like with the rules of consuming alcohol, if you consume cannabis on an empty stomach, the effects of marijuana can become stronger.

Treating a marijuana overdose (3) can be tricky because it causes a weakened mental state. The key is to get the individual as relaxed and comfortable as possible, so as to not further his or her paranoia and hallucinations. Make sure that he is breathing normally and staying hydrated throughout the process.

Keep an eye on the individual and allow him to rest; watch out for signs of distress in his breathing and heart rate. If the overdose causes the individual to become very pale and unresponsive, take him to the nearest emergency room or call 911 for assistance.

Alternative methods include reducing the negative reaction with a strain that is high in CBD, such as a high CBD edible like CBD Chocolate Bars. It may reduce the feelings of stress and could possibly temper the effects of overdosing on THC. There are also drinks and concoctions you can make, that may reduce the feelings of anxiousness you can experience with a cannabis high.

The best remedy, however, is to help the individual calm down and focus on their breathing. Coach him into a meditative state to help him regain control of his mind from the marijuana-induced effects. Staying nourished and hydrated will also be very important in the recovery process – suggest having a light meal or drinking something refreshing, and wait for the effects to fade on their own. The best tip is to stay distracted. As awful as the feeling may be at the moment, it will come to pass.

Marijuana Potency Levels: How Much Is Too Much?

Marijuana potency has not been thoroughly researched, due to the many varieties of marijuana strains and the different methods of purifying or refining the end product. Your tolerance also depends on a multitude of factors, including your age, overall health, and previous usage of marijuana. Predicting amounts that will cause an overdose is hard to measure.

Some studies show that marijuana has a blood concentration comparison ratio of 40,000:1, at which a drug becomes toxic instead of effective (5). This means that, for an overdose of marijuana to be fatal, the individual would have to consume 40,000 times the regular amount of cannabis. It’s estimated that the toxic ratio would be equivalent to smoking 1,500 pounds of weed to cause the user to die.

In users who consume large doses of weed on a regular basis, their tolerance for cannabinoids may increase. keep in mind that long-term use can cause the following:

With the above long-term adverse effects, a user may experience a more severe case of withdrawal between usages. Symptoms include changes in sleep patterns with insomnia and restlessness, increased irritability, and other gastrointestinal discomforts. These withdrawal symptoms are relatively mild, but they may last up to 1-3 days.

Overdosing on marijuana does not come with the same direct fatal consequences as overdosing on other substances, such as alcohol, tobacco, opioids, and certain prescription drug dependence. This, however, does not mean that overdosing on cannabis is a worry-free activity. As research on the consumption of cannabis is still in its infancy, it’s hard to give substantial evidence on the safety or hazards of overdosing on marijuana. There are many variations of marijuana that have been popularized in the last few years, due to technological advances in the creation of different strains.

New methods of preparation, as well as cultivation, have given the general public a much more informed view on the usage of cannabis. As the spotlight is increasingly being shined on marijuana use, we are getting closer to a more robust, scientific understanding of its effects. What are some of your experiences with taking a little bit more cannabis than you could handle? 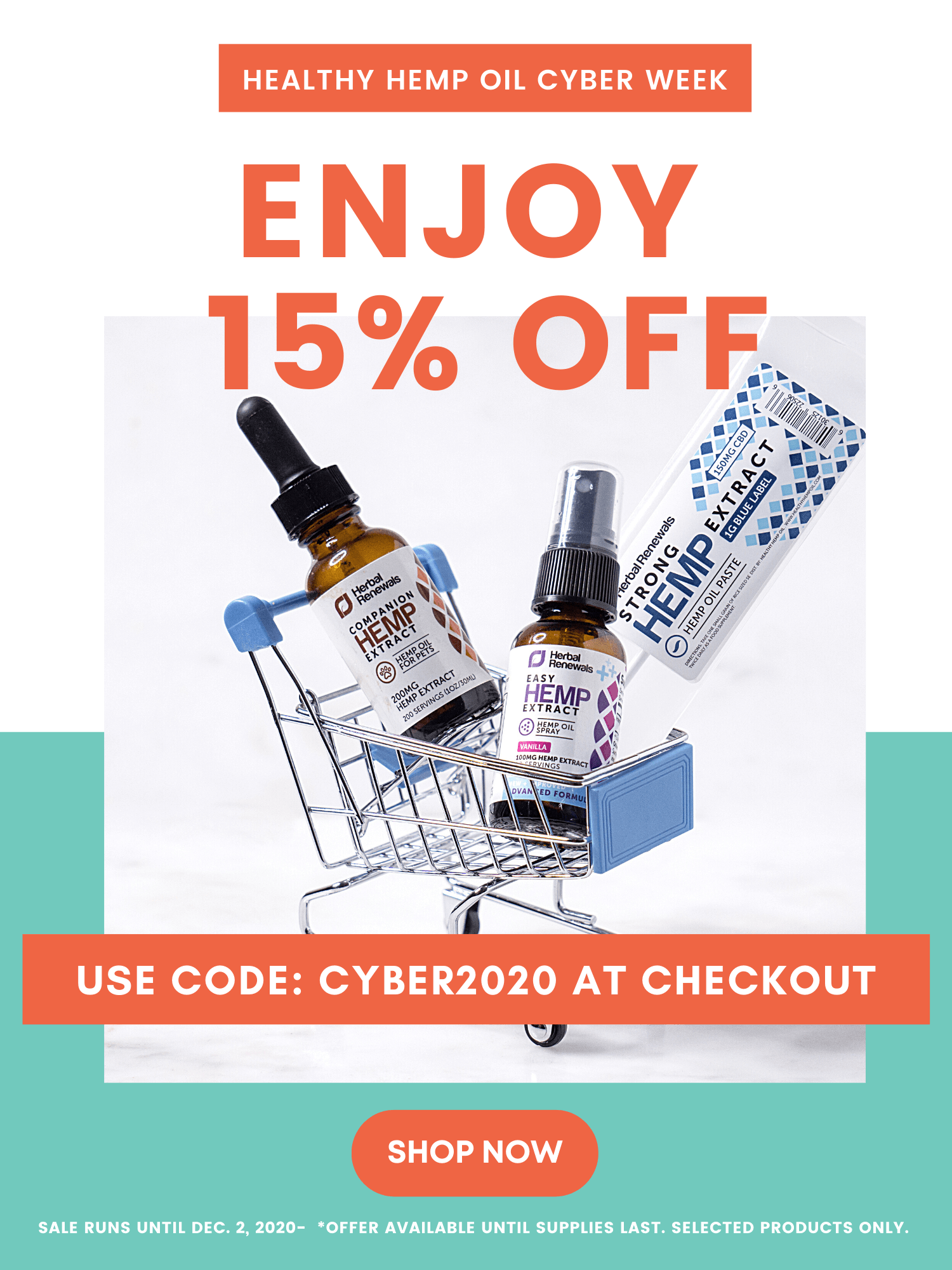