Will California become the 5th state to legalize the recreational use of marijuana? One poll shows that 64% of voters support the proposed new legislation, which flies in the face of the Federal Government’s outdated stance on cannabis as a Schedule 1 substance.

California was the first state to legalize medical marijuana back in 1996, when the Compassionate Use Act (Proposition 215) was voted through. Since then, the law has shifted further towards leniency. In 2011, possession of up to an ounce of cannabis was reclassified from a misdemeanor (an offense that can result in a jail sentence of up to a year) to a non-arrestable infraction, a bit like a parking ticket.

Proposition 64 goes further still. It would allow adults over the age of 21 to grow up to 6 plants at home and possess up to an ounce of bud for non-medical purposes. In other words, if Proposition 64 passes, responsible adults will no longer be criminalized. You can break out that bong whether or not you’re medicating with cannabis. You’ll also no longer have to go through a dispensary to get your bud; you’ll be able to grow your own, a rewarding activity in itself.

The sale of marijuana will be legal, controlled and regulated. Other changes will include reducing sentences for selling recreational marijuana from a maximum of 4 years in jail to a maximum of 6 months or a $500 fine and allowing resentencing for those currently imprisoned for selling and growing pot illegally.

While the current marijuana laws in California are lenient, they don’t make it legal. A recent report by the Drug Policy Alliance finds that, regardless of these more chilled-out regulations, nearly half a million people were arrested for marijuana-related crimes between 2006 and 2015.

Even after the laws were relaxed in 2011, racial disparities in marijuana enforcement have persisted. Despite the fact that cannabis use is similar across racial and ethnic lines, the majority of these arrests fell on the black and Latino community. In fact, the report found black people were twice as likely and Latino people 35% more likely to be arrested for marijuana offenses. What’s more, under-18s accounted for two thirds of marijuana misdemeanors.

As Alice Huffman, President of the California NAACP, stated, “Reforming our marijuana laws is an important civil rights issue. The current system is counterproductive, financially wasteful and racially biased.”

With the passing of Proposition 64, thousands will be able to petition to have their sentences reduced, and many more could be eligible for criminal record clearing. So, more than just legalizing pot, this proposed legislation could do a lot for racial justice, repairing years of marijuana enforcement inequalities.

And that’s only one of the positive outcomes to result from a Yes vote on Proposition 64. At a time when States all over the nation are struggling financially and cutting social initiatives, the revenue from legal marijuana would be welcome. Proposition 64 would allow California to levy a 15% state excise tax on cannabis sold for both medical and recreational use. This revenue would go straight into the California Marijuana Tax Fund to be spent on youth programs, something that is currently lacking, which is perhaps one of the reasons so many young people turn to cannabis in the first place. 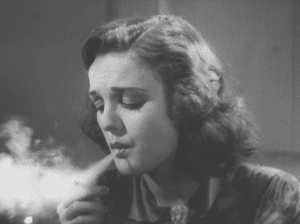 Opponents to Prop. 64 point to children as one of the main reasons to reject the proposed legalization, stating that not enough is known about the long-term effects of cannabis use. But the argument falls flat; current legislation has obviously failed to protect kids, the high number of young people arrested for weed misdemeanors testifying to that fact. As for the long-term effects, Professor Nutt’s groundbreaking study on drugs showed that alcohol is far more harmful. (In fact, it’s number 1 on the list of most damaging drugs.) And Proposition 64, far from making marijuana more accessible to children, offers a more intelligent alternative to the unsuccessful war on drugs. Vilifying the use of marijuana has done nothing to reduce its appeal, and making it illegal hasn’t stopped kids (or anyone) from using it recreationally.

Marsha Rosenbaum, Director Emerita of the Drug Policy Alliance states, “AUMA recognizes that the failed marijuana policies have not kept kids safe. This measure implements the toughest child safeguards in the nation and dedicates a majority of the revenues from new marijuana taxes to important public health, education and prevention programs focused on kids.” Indeed, revenues from the California Marijuana Tax Fund will also be spent on substance abuse education and treatment and programs to reduce smoke-n-drive offenses and other negative impacts cannabis may have on public safety.

Pressure on the DEA?

California is one of the 25 states to have legalized the use of medical marijuana. With half the nation’s states allowing medical marijuana and four having also legalized it for recreational use, it seems bizarre that the Federal Government is still hanging on to its Nixonian view of marijuana as a highly dangerous and destructive substance. If California votes Yes in November, and that certainly looks promising, it will set a precedent in other states. Voters in Arizona, Maine, Massachusetts and Nevada are facing a similar decision in November, so much hangs on this historic moment.

And this would put pressure on the Drug Enforcement Agency (DEA) to take another look at its outdated classification of marijuana as a Schedule 1 substance. This classification means marijuana is considered to be as dangerous as heroin and of no medicinal benefit (something over half the nation’s states obviously disagree with). On the other hand, meth is classified as a Schedule 2 drug. So the Federal Government considers cannabis to be more dangerous than meth, a belief that seems firmly rooted in Reefer Madness mentality.

California would not be going into unchartered territory with a Yes vote. Alaska, Colorado, Oregon and Washington have already legalized the recreational use of cannabis. And they’ve seen some not-insignificant revenue from it. Colorado, for example, raised $135 million from cannabis last year. California’s market would dwarf this; its cannabis revenues are expected to top $1 billion within a few years.

Proposition 64 has the backing of several respected bodies including NRLM, the Drug Policy Alliance, California Medical Association, ACLU California, California Democratic Party, California NAACI, Students for Sensible Drug Policy and California’s Lieutenant Governor, Gavin Newsom. And there’s little doubt this new legislation is what Californians want. A recent poll by the Institute of Government Studies at the Berkley University of California shows that 64% of respondents support a move to legalize the recreational use of marijuana with government regulations similar to the regulation of alcohol. And it isn’t just young people; though the strongest support (75%) comes from those aged 18 to 34, the poll shows 58% of voters aged 65 and older also back Proposition 64.

The End of Reefer Madness Mentality?

So it looks seems promising that California will become the 5th state to allow the recreational use of cannabis later this year. We can expect increased tax revenues, more youth programs, better regulation and increased pressure on the DEA to review its old-fashioned stance on a plant that’s been historically used both as a medicine and a meditative aid. Here’s hoping Proposition 64 does indeed spell the end of Reefer Madness mentality!

What are your thoughts on California’s move to legalize the recreational use of cannabis? Do you support Proposition 64? Have you visited a state where cannabis is legal? What were your impressions?

We always love to hear from our readers, so drop us a line in the comments section!