CBD vs THC: What is the Difference? 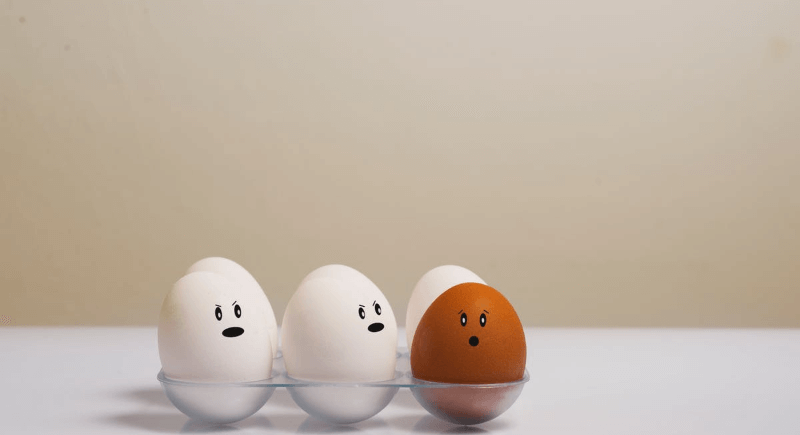 [This article is part of our ongoing tutorial about Cannabidiol] 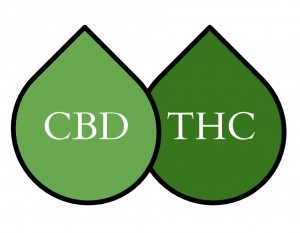 Cannabidiol (CBD) and tetrahydrocannabinol (THC) are the two most abundant cannabinoids found naturally in hemp.

Classed as phytocannabinoids (as opposed to endocannabinoids and cannabinoids that are manufactured artificially), both CBD and THC interact with specific cells mainly in our brains (but also in other organs), causing a number of different effects in our bodies.

Both CBD and THC have a wide range of applications and are similar at the molecular level. This has led the public to often confuse them, and even the scientific community believed that CBD and THC were in fact the same substance until relatively recently.

However, the chemical properties of CBD and THC vary widely enough to classify THC as a psychotropic drug strictly controlled by federal authorities, while CBD is regarded as legal and safe worldwide.

Unfortunately, there is a lot of misinformation surrounding these substances, propagated in part by interests that seek to promote one substance over the other. In this article, we will give you the lowdown on some scientific facts about both CBD and THC, explaining objectively and in simple terms the differences between CBD and THC.

The Difference between CBD and THC Molecular Structure

CBD and THC actually have the exact same chemical structure comprising 21 carbon atoms, 30 hydrogen atoms, and 2 oxygen atoms. The only difference is a single atom. THC contains a cyclic ring where CBD contains a hydroxyl group, referring to an oxygen atom bonded to a hydrogen atom. This single, seemingly insignificant molecular difference completely changes how the two affect your body. Due to this molecular difference, THC stimulates the CB1 cannabinoid receptor, resulting in its characteristic psychotropic effects. CBD instead alters the shape of the CB1 receptor, which is why it generally does not produce any psychoactive effects.

Legality of THC vs CBD

As THC induces psychoactive effects, it is classified as an illegal substance in most countries throughout the world. CBD walks a gray area. Legislation surrounding CBD is complicated with the United States federal laws suggesting that CBD derived from hemp is legal. Furthermore, numerous state laws, which cannot be overruled by federal law, have allowed for the use of CBD products. Many states have also made medicinal and/or recreational marijuana legal, essentially allowing for both THC and CBD. Countrywide legality still remains a complex issue, but as more states become open to legalizing both THC and CBD in all forms, the federal government will have to take it into consideration. The 2018 Farm Bill, which has been approved by the Senate as of this writing, would come with huge changes, most prominently the legalization of industrial hemp and CBD derived from hemp.

Both THC and CBD are stored in body fat, so they can potentially show up on drug tests weeks after you’ve used them. While there are CBD-sensitive tests available, most drug tests will look for chemicals associated with THC.

What Benefits Does CBD Have Over THC?

Overall, THC and CBD may offer many of the same potential health benefits, including:

The main difference is that THC naturally possesses psychoactive effects that can influence all aspects of your learning, memory, and general cognition. This also makes it potentially dangerous if you’re driving, operating heavy machinery, or doing much of anything important. CBD is completely non-psychoactive, meaning it does not come with the same effects on your cognition.

CBD vs THC in Clinical Application

Both CBD and THC interact with cells within our bodies by activating the cannabinoid receptors. Without venturing too deeply into technical terms, we can say that these receptors are responsible for transmitting signals within our bodies, causing different physiological effects.

Some cannabinoids are capable of clinically desirable effects (they are beneficial to us). Others cause undesirable psychotropic effects in our bodies (such as getting “high,” or causing depression, etc.), and a few of these substances cause both desirable and undesirable effects. However, it is important to point out that research is still underway for many of these applications of CBD.

THC was the first phytocannabinoid that was discovered and has been much more extensively researched than CBD.

We know with fairly high certainty that THC is strongly psychoactive and can be intoxicating even in small amounts. This means that THC can alter your behavior and cause you to lose control of your faculties, properties that make it a popular (illegal) recreational drug in the form of marijuana.

Nonetheless, THC has desirable medical applications and has been shown to be effective as a moderate-strength analgesic (a type of drug that offers relief from pain) and an effective form of treatment for the symptoms of “serious” diseases including AIDS and for cancer patients undergoing chemotherapy.

These invaluable properties of THC have given rise to the use of marijuana for legal medical purposes. Medical marijuana is safe when prescribed by a doctor and can significantly improve the quality of life for many people suffering from serious and/or chronic diseases.

What Do Scientists Say?

Overall, it is generally accepted that CBD is safer than THC for a number of reasons. There have been certain studies that found statistically significant correlations between long-term use of THC and certain psychiatric disorders.

However, we must note here that in scientific studies such as these, correlation does not imply causation; that is, the usage of THC might be linked to psychiatric disorders without necessarily being that root cause of them. (Much like lighters are linked to smoking, but possession of a lighter does not necessarily mean you are a smoker.)

Since CBD has been much less studied than THC, scientists assume that there are many new applications of CBD that haven’t yet been discovered. On the other hand, THC’s applications are more or less completely explored by now due to all the research on medical marijuana over the past decade.

So What’s Better, CBD or THC?

The CBD vs THC debate is something that often crops up in the circles of cannabis users, and it mainly stems from misinformation that surrounds these substances.

Based on what we’ve seen above, we can answer the question by saying that CBD and THC are so different that it’s difficult to compare them directly. Both substances have invaluable and promising medical applications. But while THC can be abused as a drug, CBD does not have recreational applications.

Like most things in life, the usage and properties of CBD and THC aren’t black and white. It’s hard to label THC useless when it has so many documented medical benefits, and you cannot just blindly trust CBD as it is still possible for scientists to find some side effects with its long-term use.

However, there is so much more to both CBD and THC than just THC’s psychoactive properties that it is a shame not to explore their applications and learn the truth about them, especially since they are both being used nowadays by countless people on a daily basis. Science is an evolving process and it pays to stay up to date, especially on new industries like CBD.

Want to learn more about CBD?

Sign up below for our mailing list to get CBD news delivered right to your email inbox. We deliver the latest news and the occasional giveaway or promotion for our loyal readers.

Scroll to the bottom of the page to sign up for our newsletter.