In 2008, Michigan became the 13th State to legalize medical marijuana. The Michigan Medical Marihuana Act specifically allows caretakers to provide up to 12 plants for up to five patients, plus another 12 plants for themselves. This equates to a possible 72 in total.

While the law didn’t explicitly address the opening and running of marijuana dispensaries, a number of cities in the Great Lake State approved of them, and it seemed all was rosy. In fact, all that was required to establish a dispensary was the very same permit needed to operate a medical supply store.

That remained the case until 2013, when the Michigan Supreme Court stepped in and ruled dispensaries illegal. Detroit responded to this ruling by requiring dispensary owners to obtain licenses, submit to stringent background checks, and meet certain health regulations.

And the city wasn’t done there. Detroit dispensaries were relegated to commercial and industrial zones and subsequently banned from opening and operating within 1,000 feet of liquor stores, churches, and schools.

This level of previously unheard of regulation led to the closure of 22 dispensaries in the city. 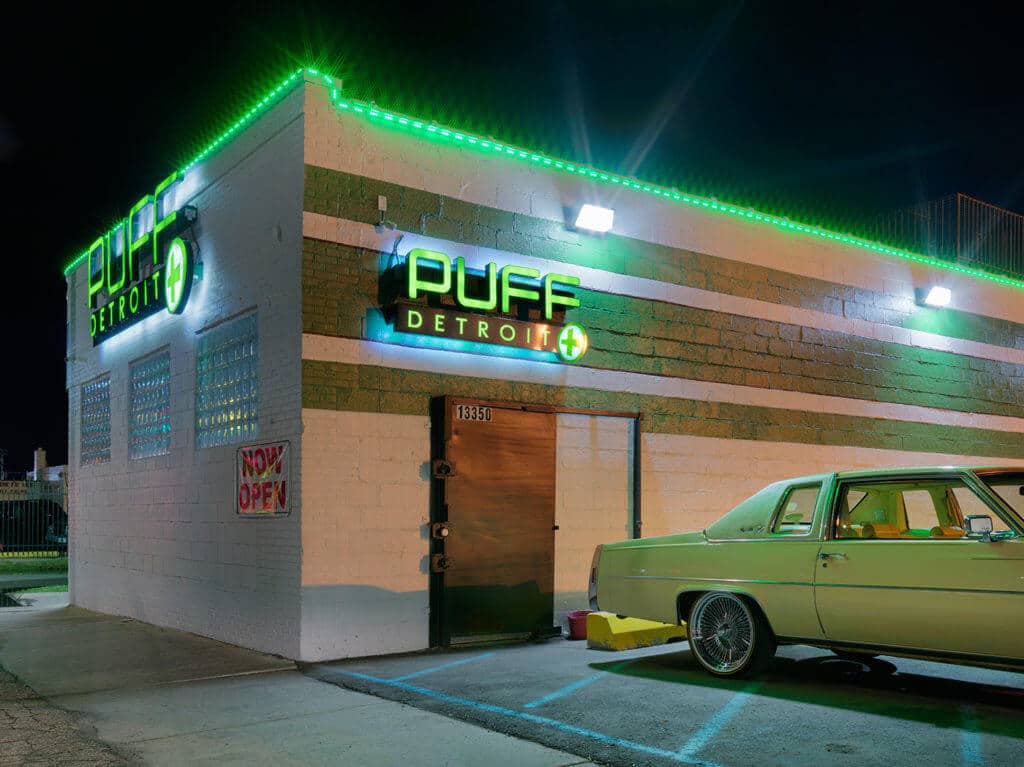 As of the 1st of April, 2016, many Detroit dispensaries who did not file their applications with the city are now considered to be breaking the law.

By sitting within 1,000 feet of a school, church, or liquor store, these dispensaries are now facing something of an uncertain future – despite many having operated in the same location for a number of years without incident.

The dispensary owners are now understandably worried that they could wake one morning to a court summons or, worse, the police battering down their doors with a view to seizing their marijuana and assets.

After months of worry, it now appears that the police raids will be put on the back burner for the time being. Instead, it will be the job of the county courts to deal with the errant dispensaries. City attorneys are seeking binding court action as a means of permanently shuttering incompliant medical marijuana businesses.

As it stands, the court holds the fate of more than half of the almost 225 dispensaries currently operating in the city. And dispensary owners, customers, and cannabis activists alike face an anxious wait to discover how this thriving business community – which meets the needs of many suffering from chronic pain and other ailments – will be dealt with. 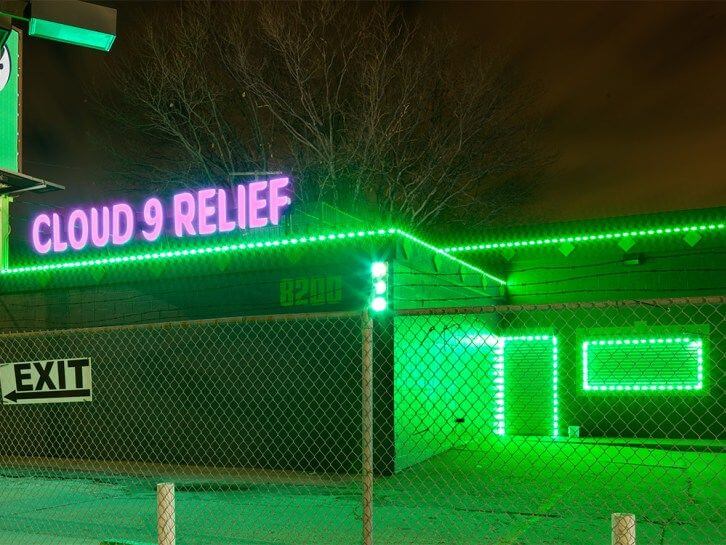 One of the most baffling reasons why a number of these Detroit dispensaries are in the crosshairs of city attorneys is that they are considered a “public nuisance.”

This label understandably does not sit right with most dispensary owners. To shutter these businesses due to their proximity to liquor stores that witness greater instances of violent crime seems ill-conceived and reactionary at best – and flagrantly nefarious at worst.

In addition to liquor stores, the restrictions in place mean a dispensary cannot operate within 1,000 feet of another dispensary, arcades, child care centers, libraries, schools, outdoor recreation areas, and other institutions.

All of this combined means there are just over 650 zones in the city that qualify as potential sites for a medical marijuana dispensary. Yet this does not take into account unusable buildings, occupied buildings, or areas that are difficult to access for patients – or, indeed, areas that are just plain unsafe.

Operating in violation of these zoning rules is punishable by up to 90 days in jail or a $500 fine. And even if the dispensary meets the zoning criteria, they must still apply for, and be granted, a regulatory license to operate legally.

The Perfect Storm of Confusion and Hypocrisy

If, at this point, you’re picturing a map of Detroit covered in pins, desperately trying to work out where you can and can’t open and operate a dispensary, you might want to have a look at this interactive map.

It doesn’t make things any clearer.

What’s more, activists and dispensary owners are completely baffled by the fact that churches are included in the previously mentioned zoning provision, which, they believe, only serves to raise questions about the separation of church and state.

After all, churches do not pay taxes, so why should their presence infringe on a tax-paying, thriving business?

And it’s not just the Detroit dispensaries that are struggling to find a permanent, acceptable home being impacted. Those already conforming to these regulations are facing being squeezed out by limits to their hours of operations, bans to drive-thrus, and bans to the sale of edibles, all of which appear to be the work of a Non-Government Organization called the Detroit Coalition for Action.

A lack of transparency in creating these provisions has led to plenty of confusion on both sides, with representatives of the Citizens for Sensible Cannabis Reform looking to unspool legislation that they believe has defined unnecessary criminal activity instead of protecting the rights and well-being of medical marijuana patients in the state.

No matter the outcome of that particular endeavour from the Citizens, the fact remains that these so-called “public nuisances” could be closed forever, very, very soon. 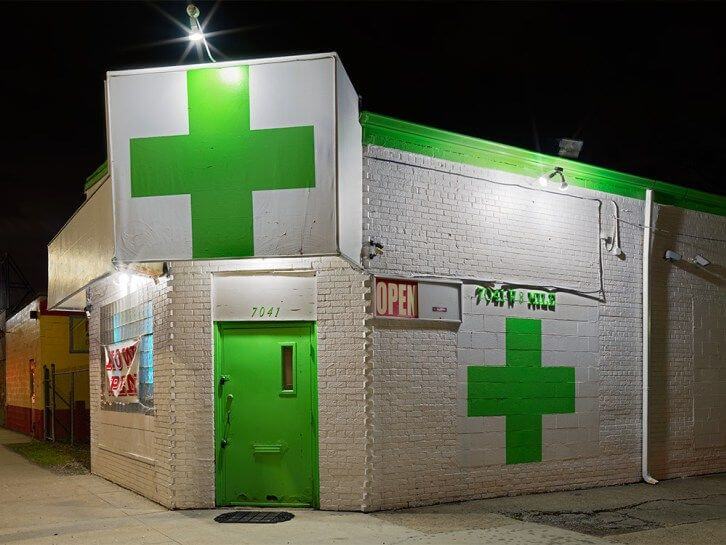 This fact makes the work of photographer Dave Jordano all the more poignant.

A native of Chicago, Dave began working on a project called Detroit Nocturne, which meant spending a lot of time, camera in hand, in Motown.

He began to notice dispensary after dispensary as he made his way around the city, and, fascinated by the striking colors, quirky names, and unique decor, he started photographing them.

The photos serve to permanently capture a noteworthy moment in Detroit’s history. This is, after all, a city that has for so long struggled to rebuild its economy and recapture its cultural identity, and against the backdrop of changing attitudes toward marijuana, there existed a small opportunity to encourage a homegrown entrepreneurial spirit.

For now, at least, it appears that opportunity has been snuffed out.

What do you make of the situation in Detroit? Do believe the regulations are fair or stifling a potential growing economy? Tell us in the comments.