Earlier this August, Rich Murphy made history when he received one of Florida’s first therapeutic doses of cannabidiol spray. When Florida Governor Rick Scott signed Senate Bill 1030 (the “Compassionate Medical Cannabis Act of 2014”), Rich Murphy had no idea he’d be the first registered patient in Florida to receive legalized low-level tetrahydrocannabinol cannabis.

Rich Murphy’s life was dramatically altered shortly after the signing of this bill, which affects Florida residents with cancer or other debilitating conditions that produce chronic symptoms like severe muscle spasms or seizures. When a semi-truck ran a stop sign and took out his Ford F150, Murphy’s life changed forever.

Suffering a traumatic brain injury during the accident, Rich Murphy has become a shadow of the man he once was. While, before, he was described as the “calmest person ever” by his wife Pamela, Murphy now experiences seizures and is on 11 different medications to manage his symptoms.

Before the accident, Rich Murphy’s wife did not support medical marijuana. To her, marijuana was a recreational drug, and she believed it held no real benefit. Things began to change when Rich’s neurologist, Dr. Lisa Avery, proposed the idea of medical cannabis. When Pamela learned more, she realized it could be something that could dramatically improve his life. 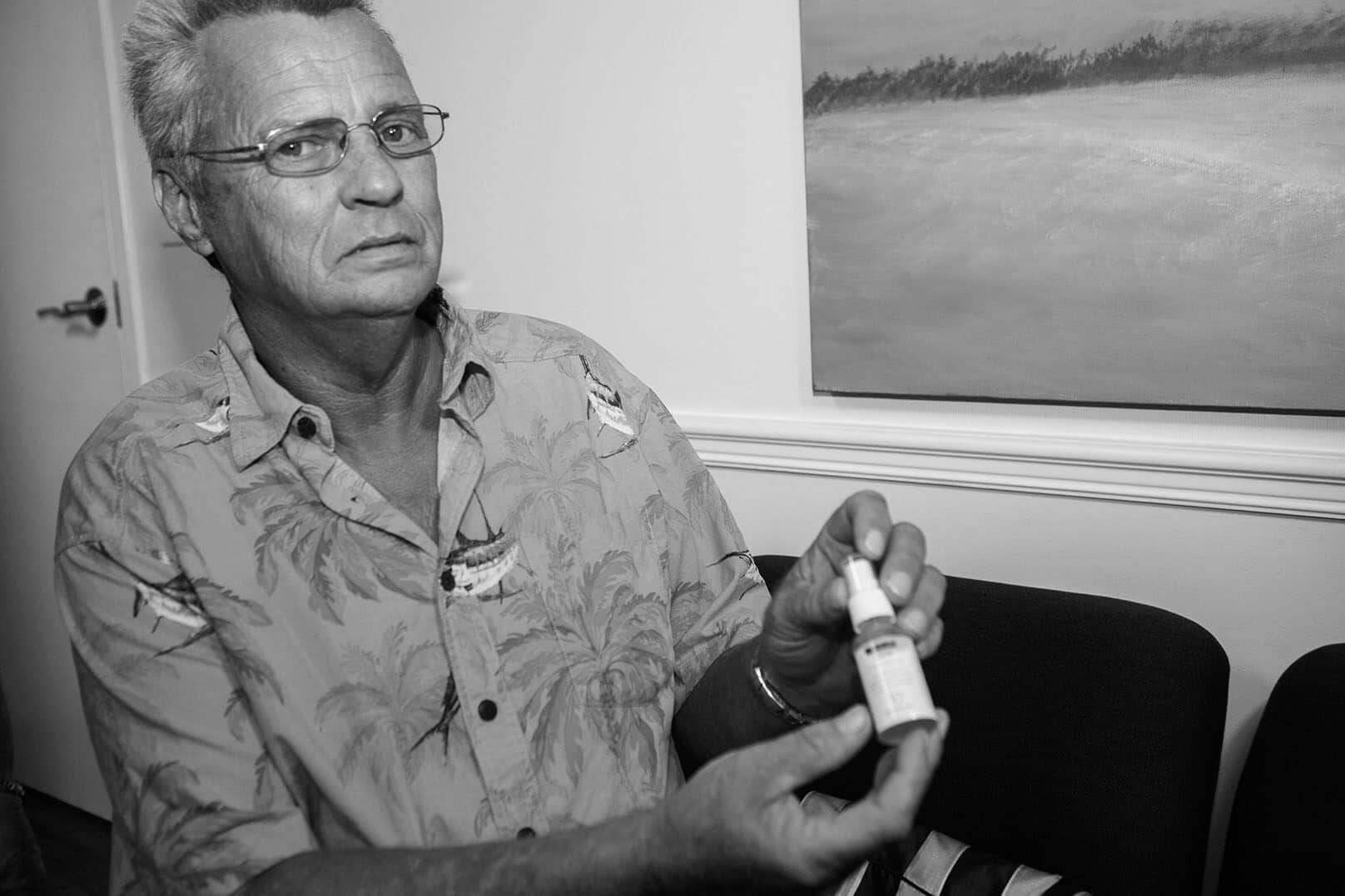 Will Medical Marijuana Laws Begin to Change in Florida?

Florida has somewhat of a checkered past when it comes to its medical marijuana laws. Although medical marijuana was approved for use in the state in 2014, the bill passed with extremely strict restrictions. Even with limitations in place, the passing of the bill came with a counterattack from Drug Free Florida. Even with this counterattack, the medical marijuana community stepped forward to continue to fight for what they had seen work miracles in so many other medically legal states.

Rick Scott seems to be following the steps of Governor Pat McCrory who last year legalized CBD oil in North Carolina because of patients like Haley Ward. On March 25, 2016, Florida Governor Rick Scott signed the bill that would finally make it legal for terminally ill patients to have access to different types of medical marijuana. Where before, only very low THC levels were allowed (less than 0.8%), the new bill will make other forms of medical cannabis available, but only if someone is terminally ill and expected to die within a year without the help of life-sustaining measures.

These new laws, although a step forward in Florida’s medical marijuana community, have left behind countless other patients who could benefit from medical cannabis. And even with new laws in place, patients who do qualify could have an extremely difficult time finding a doctor who will actually prescribe medical marijuana.

How New Laws Could Help Other People Like Rich Murphy

Under this amendment, patients must carry the diagnosis of a debilitating health condition, one such as the violent seizures Rich Murphy was facing on a continual basis. They also must have a physician’s certification as well as valid identification. And while there is hope that laws will, indeed, begin to change and allow patients the freedom to choose the medicine they take, the two-million-dollar campaign set forth by the opposition may sway the minds of voters. 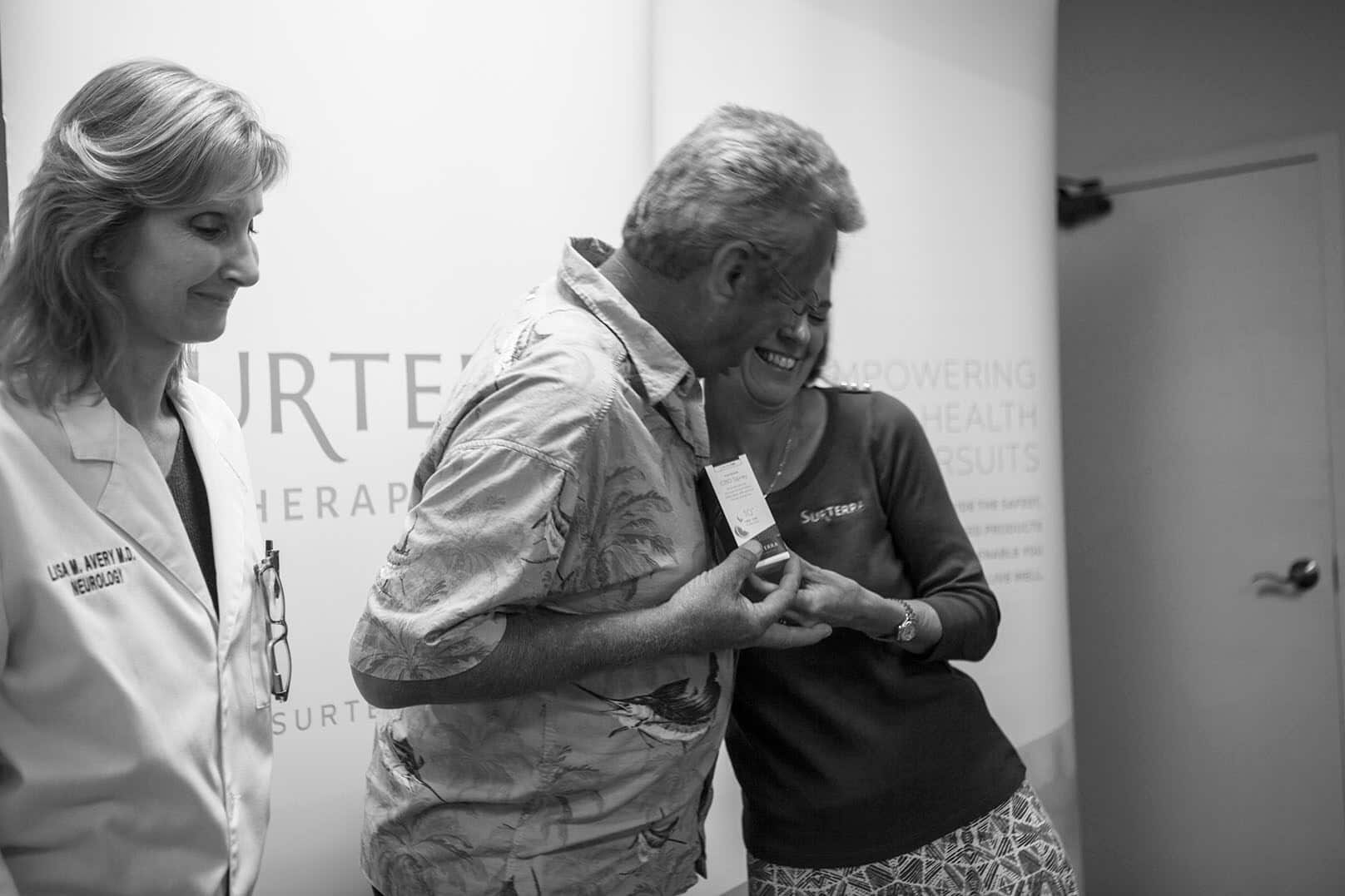 Although movement forward on the medical marijuana front in Florida seems to be happening at a snail’s pace, the first dispensary of CBD medical marijuana products opened in Tallahassee on July 26, 2016. This is one of the biggest steps in Florida’s medical marijuana history and has been called “symbolic” by those leading the campaign to get dispensaries up in running in the sunshine state.

Centers such as this one were expected to be running as far back as early 2015. Unfortunately, administrative delays were an issue. The medical marijuana community in Florida sat poised, waiting for the day things would begin to change. And it seems that day is finally here.

When Rich Murphy was finally offered a one-ounce bottle of orange-flavored Calm/CBD distributed by Surterra Therapeutics, he made history. Surterra was founded back in 2014, when Florida medical marijuana laws first went into effect. They are the first licensed and approved dispensary in Florida who can cultivate and distribute CBD-derived medical cannabis to qualifying patients. And, although it took two years to happen, the time has finally come.

This is the largest step in Florida’s history with medical marijuana, and one that will hopefully help people see the positive changes medical marijuana has offered to one patient’s life. As more and more states begin to legalize marijuana for medical use, perhaps Florida will begin to enact more laws that make medical cannabis accessible to those who need it the most. Rich Murphy was one such patient, and it seems that this has made a world of difference in his life and in the lives of those who love him.

What do you think about Rich Murphy’s story? Do you have any experiences with medical cannabis? Let us know in the comment section below.